peeling back the petals

peeling back the petals 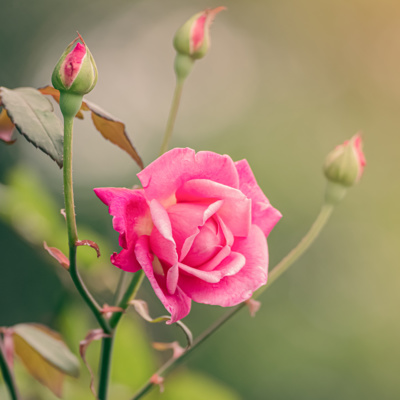 "Give the ones you love wings to fly, roots to come back and reasons to stay“
–  Dalai Lama

Those soft but strong connections between, Rose and Mary Magdalene. Linked together by a deep line, circling back to an ancient time. For the feminine can be wild and ferocious too, unveiling her mysteries for truths to flow through. Are you truly prepared for the sacred Waters, guarded closely by all of her daughters. Bravely swimming upstream to her waterfall, but few have the true power to leap this mighty water wall. Returning to the pool from which you birthed, what treasures might now be unearthed. Rose taught me that part by way of the Koi carp.
You see you need this raw power to reach these rare truths, but must trust in self to sail through these tollbooths. Has your heart been truly worn upon your sleeve, or hidden away to yet still deceive. Your heart will now be weighed on her sacred scale and it's this that will govern whether you'll pass or fail.
What of those who haven't earned their keep, exploiting and extracting Water from depths so deep. This sexual power might still surge and rise to their head, but lacking in purity and corrupting mind instead. No sparkling crown with all its glory, nor shift in tide and changing story.
Purified Water reaches heart by blood flowing, moving to extremities for true feeling and knowing. Letting go of old emotions by resurfacing them once more, peeling back the petals to live as we did once before. Sighing and exhaling with every deep release, lightening the load and a floating sense of peace. Those emotional defenses, walls built around the heart, crumble with the force of Rose, for true love to truly start.
Directress of dreamstate, awakening in the night, digging out old memories, to See them in new light. Changing the course of days that follow, better times we forward borrow.
So let's sweetly sip from the Holy grail and remember once more life's hidden tale. Vesica Piscis resembles the fish bladder, kundalini rising the spiral spiritual ladder. For now is the moment to wake from the spell, chalice in hand by the wishing well. Lady of the lake emerges holding the sword, passing it over, divine genders restored. For behind every great man a great woman shows the way, find them both inside you and you won't be led astray.
Rose roams wildly on the Southern side of my land, her flowering bouquets in May year on year expand. As with her flower form she can be soft and sensitive, but there's a thornier side, wounding and wounded, attacking and defensive. She can be docile or dominant with her demands, but calls to communicate she clearly commands. Sometimes, when gardening or walking past she beckons, it's time to connect in again for the next round of lessons.
She teaches virtues like those of Mary Magdalene's and lost stories connected with The Essenes. Then there's the mists of Avalon and sacred feminine truth, the blood of Christ and the cup of eternal youth. Where there's Rose, there's spiritual stories to be told, but only to be revealed to the brave heart so bold.
Her channeling of Water, cool, calm and collected, compassionately caring, living life unaffected. A path of forgiveness, yes I've been hurt before, but the layers of armour never served me and so I dropped them to the floor.
Dear friend, there's more to life than meets the eye, perhaps some confusion within the illusion, projecting what needs correcting, reliving what needs forgiving. It's a mighty task and endeavour to respond with unconditional love to the whatever. It's the road less traveled, but the path of least resistance, when one flows with the heartstream, gently guided by its assistance.
These are my own insights, but a great beauty of life is that of perspective, so how might others respond to the spirit of Rose, unbeknownst to this being the spirit they are receiving. How might they perceive it through their six senses. And when the heart is met by a touch so tender, one simply surrenders to its splendour.
Whilst this podcast focuses on two stories, more sharings can be read in raw after-session written form below.
* some participant names have been changed for pen names.
* no participants were informed that it was the spirit of Rose we were working with until after they had all shared their experience of the Session.

My body feels like dissolving into colorful little particles, or ants, kind of an organized chaos. Then it gets very heavy and I feel like sinking into moss, into a cool green forest floor. I feel the strain of the last weeks on my body, on my heart, how it’s weak and full of scars and wounds. There is a scent of pollen and essences in the air and I know i am treated in the hospital do floresta. I relax and let myself sink in. I feel the frequency of the music quite differently today. Then suddenly my body turns into only arms. Like gigantic arms. I can’t breathe anymore and I’m on the edge of panicking but I know the only way out is through. I cry it’s so heavy and terrifying but I breathe myself through. The next song comes and I’m free again. Now I’m on that horse racing over the plains of Mongolia I cry even more now out of relief. The horse takes me to our circle. I get a crystal gift very colorful like in the beginning. Then I suddenly feel that i‘m still wounded. My heart is bleeding, I have been shot or stabbed. I lay down and feel the heaviness of our bodies being mortal. The horse stays with me and then guides me into a white cave. On the other side of that cave we reach the lake of the spirit forest. I am home! I cry even more, I float in the lake and the Forest spirit comes and heals my wounds. Next song is blue. I‘m also blue and floating through ether, meeting Kali. She says it’s time. We have work to do. She shows me dances and that our arms are not just arms. We have to discover how else to use them. I‘m very tired. My body is very tired. The rest of the session I’m drifting into the blue. I‘m suddenly surprised that the session is over already. Completely out of time. Very much healing. Grateful and still crying.

Sweet, soft. warm light. From the beginning to the end. Before pressing play I feel my belly becoming liquid. I can see people and beings that are in this space very clearly. Like I can touch. First song quite physical. Left side of my body tingling. My throat lifting up. Truth. My chest opens up. My head goes into my neck. Like Something pulling me up. Strings of 'dark' leaving from my chest. I see my uterus there is Something inside that shouldn't be there. I ask the spirit if we can clean it. I feel my whole uterus, pelvic area being flooded with warm light. Cleansed.purified. Comfortable feeling. I see myself laying dead on the floor. I have wings. I got shot. I feel bit scared but very peaceful at same time. I feel other approaching. They wrap there wings around me. Breathe me back to life. I feel home. I know that I belong here/there. I slowly stand up spreading my wings carefully..deep cracks in my spine and ankles. Opening in my diaphragm. Feels like I never breathed before. My body feels like it is made out of honey. Liquid. Limitless. Soft and strong. Powerful. I am in an empty perfectly lighted endless space for the rest of the session. Pure bliss. In body and out of body at same time. My hands open. My fingers spread. Light radiating out and in at same time. So much light. But for the first time it somehow feels perfectly comfortable. I understand it is my own light. I get shown an empty canvas. Way more things happen. All just so pure and beautiful. Towards the end I see the eagle. So clear. I can see every feather. I could touch her if I could move. She speaks to me. She tells me I can go with her anytime. Deep feeling of humbleness. So incredible beautiful. Home. Peaceful. Warm.

I felt so much in my hands, heavy palms and nervous, electrified fingers, later I would feel like someone was trying to hold my right hand, the same hand I had nerve pain in the day before. My mind was racing for the first ten minutes, people I’ve sought forgiveness from, an accident I had in my childhood and the ramifications of that - my thoughts slowed down when I realised my physical sensations were trying to communicate. I felt tickling and itching on my arms and backs of my knees and neck and then the heavy feeling in my stomach kicked in, tears came and pains I’ve been suffering heightened, I had a thought “only you can release this” and then I was taken into a tranquil space where my body relaxed totally and my mind switched off.. flashes of light surrounded me, somebody trying to hold my right hand and then a bright light like the sun was coming up. I felt like I was standing upright and strong in the morning sun: Blissed out afterwards but quite emotional.

The spirit of the plant tells me not to switch roles, that she is facilitating me, not the opposite. She also says, "everything is always perfect Anaïs" . So I relax. I feel slightly fearful, without knowing why. I have glimpses of many things but nothing that stays. Police sticks. Horse. Midwifes. ... Suddenly my cat breaks in the space (for real). It creates noise and fear in my system and trust also. I am afraid for the safety of my children who are alone in another space. The cat comes to my legs and she push hard and with focus on one of my bone. I tell myself the shaman is here. In French a cat is "Sha" (written chat). So I let the Shaman work on my legs and bring some weight, some ground to my being. I think I fall asleep. Time seems very very long. I have the impression some stuffs are being re-stored in me (like engrammed in another way). I am awakened by a bell (I did not listen to the music). I feel a sense of timelessness. I am slightly floating. .

Thank you Lindsay and Ana for your open-heart sharing and true expression and for further revealing the orchestra of life which brings together so many synchronous events in this magnificient living masterpiece.
Thank you to the others whose written sharings are openly offered here also.
Thank you dear Rose, mistress of emotions, healer of heart, friend in spirit and in nature, for imparting your wisdom and for opening my own heart to the sweet fragrance that can be forever found in every moment, when all that might circle many minds is a crown of thorns.